Brussels in SongEun: Imagining Cities Beyond Technology 2.0 engages in a social-political discourse that involves citizens and various interest groups on the following question, namely what constitutes a desirable smart city in an era of technological revolution? Contemporary cities are magnets that attract growing numbers of people, resources, ideas, opportunities and knowledge. Today, 50% of the world’s population lives in global areas. By 2050, this percentage will have increased to 70%. While the application of new digital technologies in urban spaces has been celebrated for its ability to increase citizens’ well-being, various experiments around the world have revealed how we forget to examine the impact, on various levels, of this digital development in the cities of the future, including on the psychological, ethical, philosophical, social and political level.

With the bio-art installation Future Archaeology AnneMarie Maes presents a version of her Laboratory for Form and Matter with a focus on the transformative power of bacteria. Set up as a Cabinet of Curiosities, every object on the laboratory tables is the outcome of a particular experiment. The bizarre biomorphic artifacts add an uncanny rhythm to the installation, which stands in stark contrast to the strict geometry of the laboratory architecture bathing in white light: hard and soft oppose each other.
In her work AnneMarie Maes adapts scientific methods and biotechnology to explore living systems as artistic subjects. Recently she started a new research project that delves into the creation of fabrics made by bacteria and algae. Besides being an alternative for plastics, these new materials can also become alternative energy sources. Future Archaeology offers a concrete starting point for an exploration of possible futures through artistic research on material science and biotechnology. Navigating between a blueprint and a proof of concept, the experiments presented in this installation can be seen as an artifacts from the future, as fragments of a world to come. 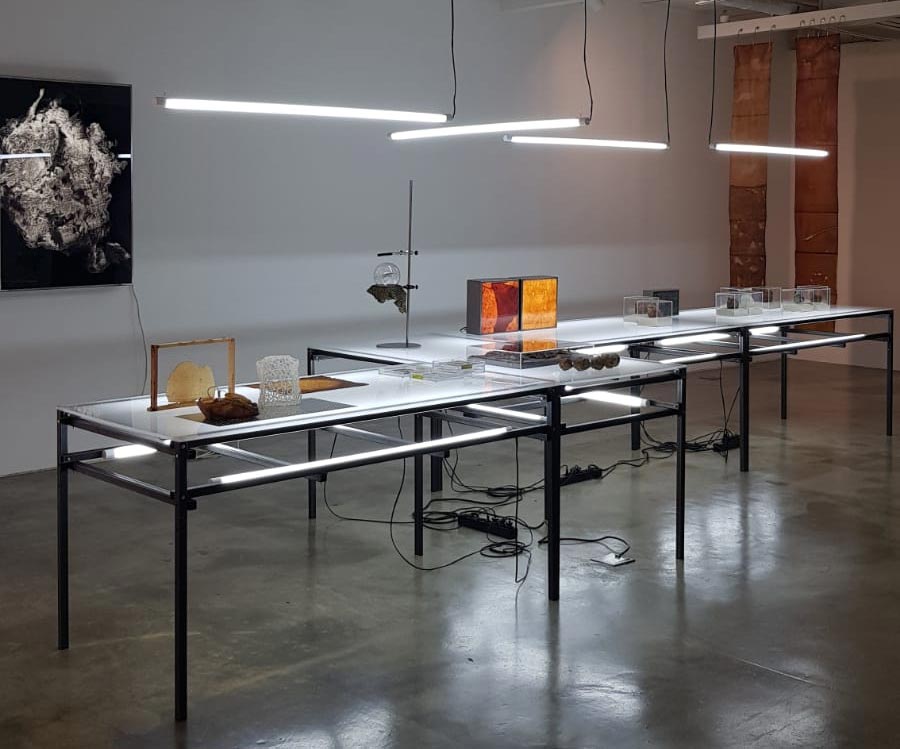 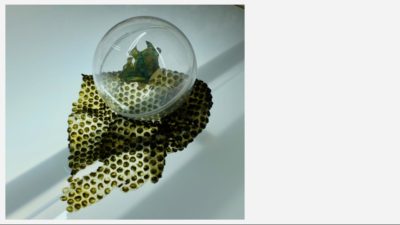 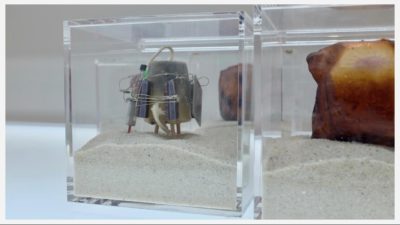 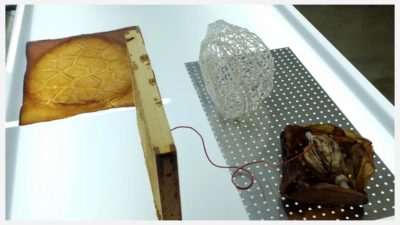 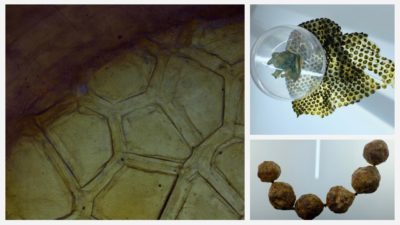 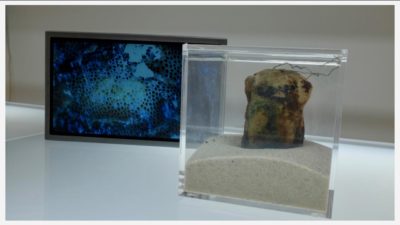 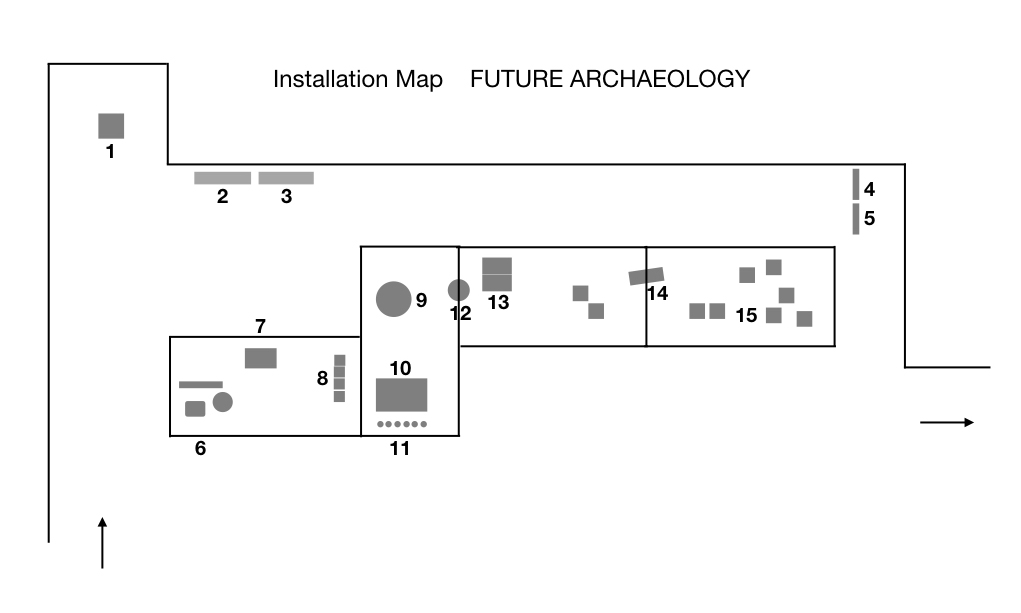 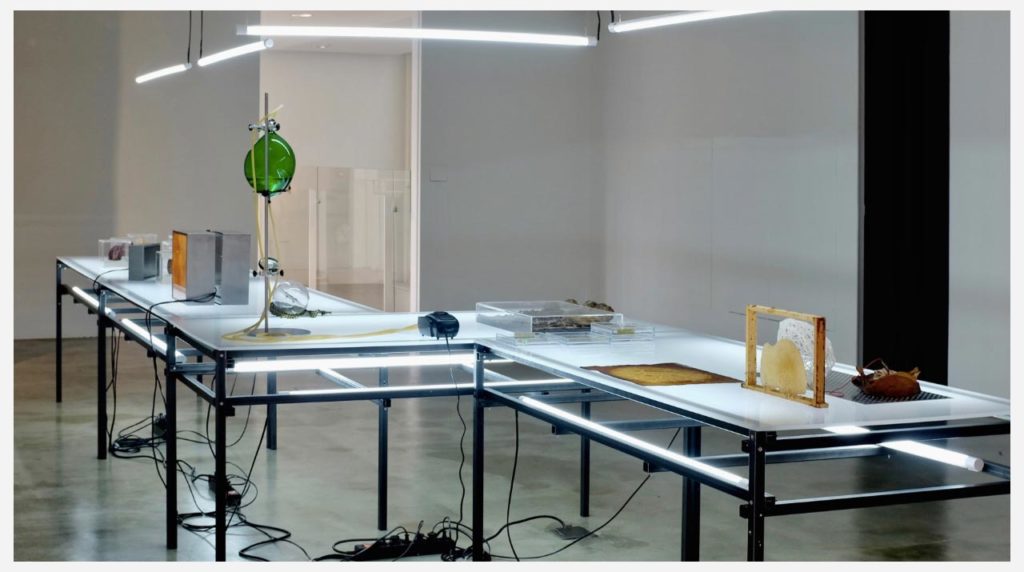