While public authorities are ranking cultural production down in their priority list, the economic practice of the fair is being challenged. Can the art market be combined with cultural innovation? Conceived as an assembly of international organisations, including galleries but also artist-run spaces, curatorial initiatives and other non-profit spaces, POPPOSITIONS aims to occupy an independent, critical position during Art Brussels. With its international presence growing every year, POPPOSITIONS has built a cutting-edge profile that is here to stay. 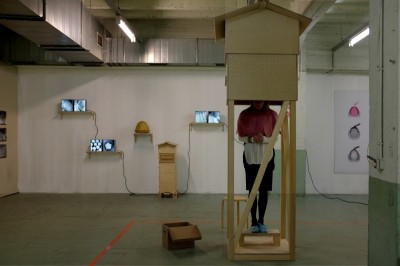 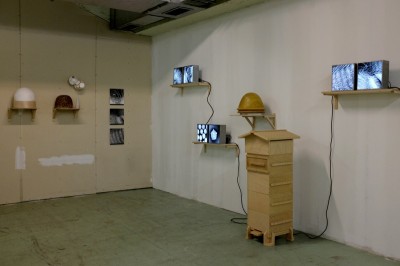 For Poppositions we propose an installation centering around the theme of bee monitoring. The centerpiece of the installation is the Scaffolded Sound Beehive. The beehive is constructed using open source digital fabrication (fablab) and mounted on scaffolds. The hive is 2.5 m high so that visitors can put their head inside it and experience an auditory artistic interpretation of hive activity, making this an interactive immersive installation.
The Scaffolded Sound Beehive is part of a series of ecological instrumented beehives leading towards a fully biocompatible intelligent beehive. The Scaffolded Beehive allows the artist and the members Brussels of the Urban Bee Laboratory to study the tight interaction between city honeybees and urban ecosystems, using artistic research practices and in collaboration with scientists. 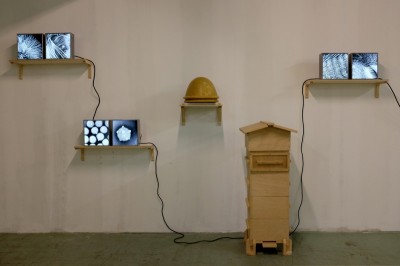 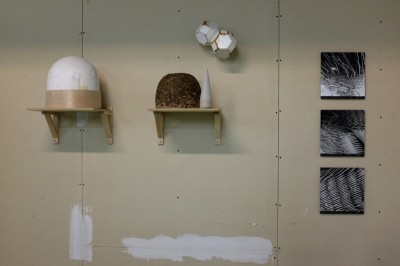 By introducing microphones inside the real beehive in our field laboratory, we have been developing a monitoring device that is based upon the continuous scanning of the bee colony’s buzz. We also have been adding video monitoring, which gives us a full spectrum of possibilities for observing the behaviour of the bee colony and to conduct environmental surveillance.
The 8-channel soundinstallation in the Scaffolded Sound Beehive is an elaboration of the field recordings made in the broodnest of the real beehive. The soundbehaviour of the bee colony was recorded for a complete season. We started to work with the recordings and processed the original files with sound software. As a compositional principle different ideas around swarm formation were investigated. The increase and decrease of swarm activity in the hive and its influence on its sound, became a guideline for the transformation of the recordings. Using natural phenomena as musical tools and, in retrospect, using musical tools as an artistic rendition or analysis for natural phenomena. The audio work tries to embody the bee swarm while simultaneously intersecting the swarm with swirling electronic sound clusters.