Early in the morning on the fifth day of the harvest month of August 2021.
The beach at Ostend. Bright blue sky. Footprints in a wet sandy beach.
And so steps form a path, a trail of people who have walked along the coastline of the North Sea. The trail interweaves with a chain of shells, crabs, seaweed and algae. And whoever bends down deeply sees how in that web of traces, life lives on. 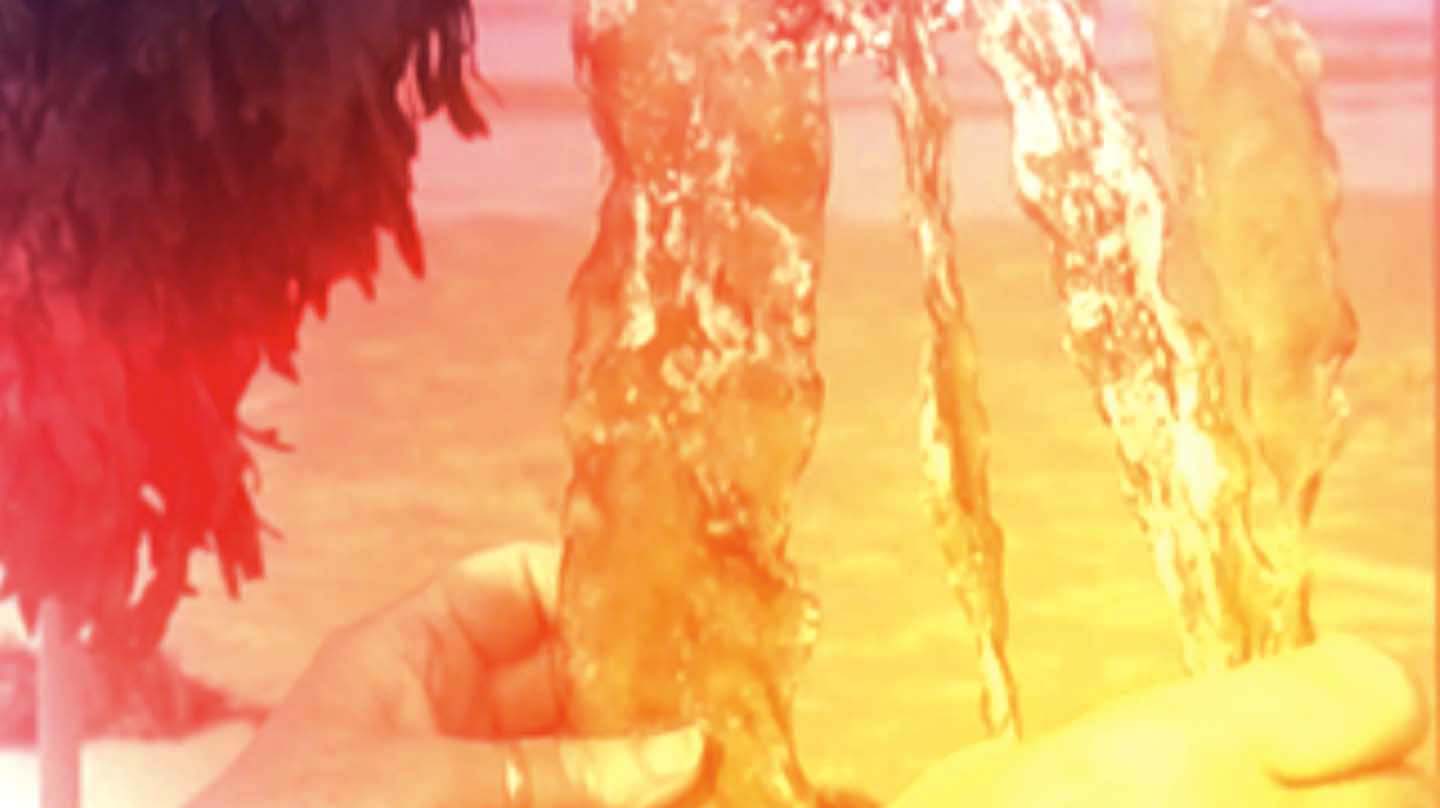 And the sea sloshes on, as the poet Kloos said, in an endless swell
“The sea in which my soul sees itself reflected;
The sea is like my soul in essence and appearance,
She is a living beauty and does not know herself.”

At the level of the coordinates 51°13’30.3 “N, 2°53’48.7 “E – Something rises from the water: the Theatrum Algaerium.
A woman in a pink overall walks into the sea to the rhythm of the waves.
She carries an empty glass bowl. Scoops. Turns back. The glass bowl is now full, like a transparent pitcher filled with North Sea water and algae. Another woman takes turns walking. Always the same ritual. And another one. Three women, walking to and fro, in and out of the sea. Water carriers with bowls.

On the beach, someone knocks posts into the sand with a big hammer. One by one.
The glass bowl is placed on the pole.
Pole and spot and bowl. A laboratory of poetic beauty.
The sea gradually conquers the laboratory, it is flooded, it is changed by the three women. Back and forth in a swell, trying to save something but letting it sink away, over and over again.

The sea gives and the sea will take. Overwrites. Like a living archive. Creating a Palimpsest.