They are everywhere and they can be perceived as quite the alien intelligence; six-legged, with their numerous eyes, capacities of motion and sensation so different from our own. No wonder science fiction has been inspired by insects. But also other fields, like robotics as well as network design. Insects are more than creepy-crawly bugs; they are also a central reference point of so much of network culture, from talk of hive minds and distributed networks to algorithms that function like ant colonies; some refer to our cognitive capitalist practices as “pollen society”.
Jussi Parikka ‘Insect Media: an Archaeology of Animals and Technology’ 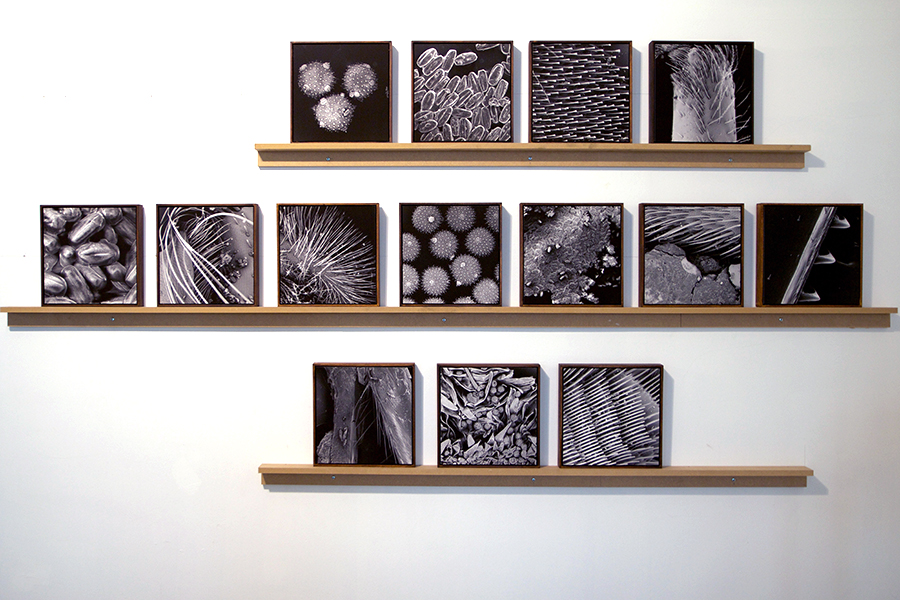 A series of Scanning Electron Photographs in which insects are studied as technological instruments. In the photos the sensorial bodyparts (e.g. the bodyhairs) are extremely magnified and are compared to the functionalities of electrical sensors. The attraction between the electromagnetic loaded fur of the insect and the tiny pollen grains of the flowers functions as a magnet. The photographs are extremely detailed and show us the interaction in a formal and aesthetical approach.