Growing intelligent beehives is a long term project, from mycelium and recycled waste straight into the final guerilla beehive shape. The purpose is to populate Brussels city with a network of intelligent guerilla beehives. These are beehives that offer shelter to a bee colony ‘in the wild’ – bee populations that are not domesticated but that are monitored from a distance in a non-intrusive way while they are collecting information about the urban environment.
The system is set up as a fully organic, cradle to cradle, circle.

If the bees decide to leave the hive in search for another home, the hive (with integrated electronics) will bio-degrade and compost completely.
The goal is to raise public awareness on ecological (biopolitical) problems in cities (case study Brussels) and to involve public participation in matters of biodiversity and ecology. 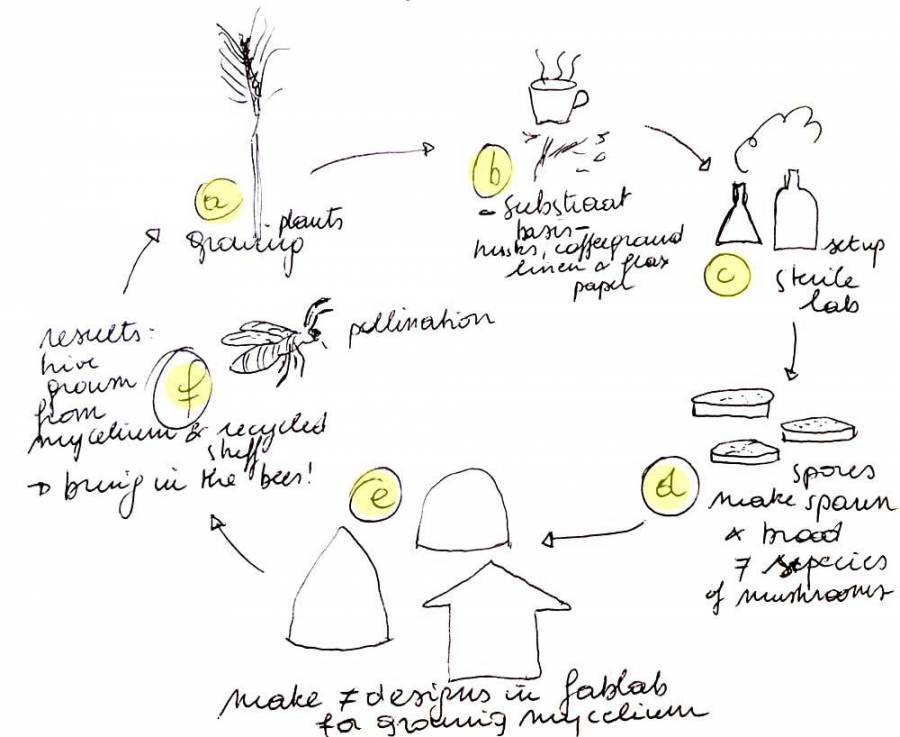